How to Break Bad Habits the Smart Way


Meeting the challenge of how to break bad habits allows personal growth, self-development and inspired life change to take shape. After all, who can expect to climb and gain altitude carrying an arsenal of destructive habits weighing them down? Yet, what's the best way to go about breaking habits? Is it simply a matter of powering through until we succeed or fail? Or is there something we can learn to make habit breaking easier and more effective for us? Let's explore a few smart approaches to curing bad habits...

Setting Out To Change Habits

Normally when we consider setting out to change a bad habit, we mentally prepare ourselves for battle. We know that we'll come up against the lure of familiarity and comfort belonging to our old ways. We resolve to be tough on ourselves in order not to give in.

We set out on our audacious path, silently whispering to ourselves along the way: 'Be tough. Don't give in. You know you want this. You've been wanting this for a very long time. This time see your intentions through to the end.'

So far so good.

Being Hard on Yourself

When it comes to breaking bad habits we tend to take it for granted that we'll need to be hard on ourselves. We assume the tougher we get with ourselves, the more fruitful the outcome of our labors will be. A dominant part of us worries that if we aren't hard on ourselves, we'll be slacking off instead.

Although we may fail again and again in our attempts at breaking bad habits, we never think to stop and question some of the logic of our old ways. Perhaps it isn't just a weak will that causes us to fail?

Perhaps the problem lies in the way we think about breaking habits. Could it be that we're approaching it all wrong? Is there a point where adding more willpower simply isn't the right answer? Is the habit mind best manipulated by will or is it a skill?

Consistent action is key to breaking bad habits and establishing new habits in their place. Yet, where does this persistence come from? Do we remain motivated through sheer will? Or is motivation better tapped by working with our habit mind?

Being too hard on ourselves can actually cause us to give-up or give-in before the task of habit change is done. How to break bad habits, if not through sheer will?

Being Easy on Habit

Although we don't often realize it, being easy on habit is the flip side of being hard on ourselves. By focusing all our energy and attention on 'whipping' ourselves into shape; we have little left to devote to working with our habit mind.

Usually it doesn't even occur to us there might be ways to work with the powers of the mind, instead of fighting against it. We end up being hard on ourselves, while completely letting habit off the hook!

Let's take a person trying to quit smoking as an example of someone going easy on habit and hard on themselves...

Take someone who's resolved to quit smoking. This was me, in my previous life, so I'm speaking from personal experience.

They may very well have tried to quit before and have failed. How does this failure to stop smoking typically unfold? The trigger to the failure is usually that first cigarette smoked after a commitment to go 'cold turkey' had been made.

We broke. We've had a cigarette after we've told ourselves we'll never touch another one again. We're weak. We failed. Again! We'll never make it to quit smoking for good. The power cigarettes have over us is just too strong. The lure is too great. In fact, we should reconsider our desire to even want to quit. Why try to force something we don't really want or aren't really ready for anyway?

We come down hard on ourselves. We decide we've failed and quickly proceed to beat ourselves up about it. From that point on, habit has completely been left off the hook!

Lose a Battle, But Win the War!

What's going on here? We've lost a battle, true. But why do we give up the war? This is going easy on habit.

Learning how to break bad habits the smart way depends on a different mindset entirely. It rests on a mindset resolved to never stop quitting. This mindset isn't broken by losing a battle. It quickly regroups and rallies again to win the next battle and eventually the war.

This mindset isn't one of a rigid will that can easily be snapped. It's a flexible mindset, willing to absorb loses in battle to achieve the larger objective. This mindset shows a willingness to let ourselves off the hook; but never the habit we want to change.

Ultimately, this mindset can't lose. It's a mindset focused on skill rather than will. Whatever it takes the war is as good as won.

Become a Consummate Quitter - In A Good Way!

If after smoking that single (fateful) cigarette, you don't give-up on yourself ... if you gather your resolve and renew your commitment almost as soon as you've slipped, you stand the best chance of seeing yourself through to the end.

Battles come and go, but never lose sight of your true aim - winning that war. Everything else is secondary. Instead of letting habit off the hook why not let yourself off the hook and continue tackling your habit. Go easy on yourself and go hard on habit. This is the living 'mantra' that allowed me to quite smoking.

I gave in to habit a few times, but never gave up on my resolve to quit again and again. The resolve to continue quitting was a skillful, rather than willful approach. It was flexible and ever bending. It incorporated a willingness to adapt. This is what saw me through.

Bit by bit, my old habit began releasing its grip on me. It tried to hold on, but it couldn't take it anymore.

My smoking habit took the beating of a lifetime. It gave me all it had, but I just wouldn't stop quitting. It delivered blow after blow, but I just kept on coming. My old habit finally got smart - it got a glimpse into the future and realized that the only thing in store for it was more of the same. It knew I would never stop quitting.

It gave up in despair and left me for good.

Learning how to break bad habits the smart way is a matter of using a skillful, more than a willful approach to breaking habits. It's to take a long-term view that willpower simply wouldn't tolerate.

Taking a skilled vs. willed approach to habit breaking, opens the doors to not only breaking bad habits - but to establishing new, better habits as well. Working skillfully with the subconscious mind through imagination and relaxed focus we can assimilate new habits while eliminating a lot of unnecessary struggle and self-condemnation.

This how to self hypnosis guide shows how relaxation and imagination can be utilized to help bring about the inspired life changes you want to make. It's a way that allows you to work with your own powers towards the changes you want; rather than fighting yourself for it every step of the way.

How to Break Bad Habits Without Breaking A Sweat

Easy on ourselves and hard on habit, that's the winning combination when it comes to breaking bad habits and instilling good habits in place. The harder we are on habit, the easier we should be on ourselves to maintain a good balance.

Being hard on habit means working it - skillfully rather than just willfully. Will has it's limits; skill can always deepen and expand. Will breaks; where skill bends and adapts. Willpower is rigid; skill is supple. Willpower is aimed at strength; skill is aimed at effectiveness.

Experiment with how to break bad habits the smart way in your own life. Explore the dynamics and power of this approach to replace your bad habits with good habits instead. Use the resources offered you on this site to skillfully bring about the inspired life changes you're after.

Your world and the world at large will be a better place for it. 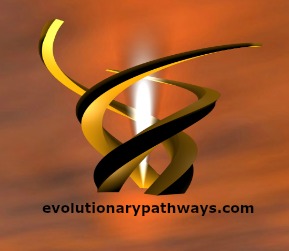